Trolleys! Are They Just a Load of Pants?

Some pants yesterday[/caption]Sue writes asking about the derivation of the term "trolleys". She knows the expression is used to mean underpants, but where the heck does it come from?We found out it's quite a recent expression. Possibly originally from the Royal Navy, originating in the late 20th century and gaining popularity in the 70's and 80's. We found it's possibly a shortening of "trolley wags" which is Cockney Rhyming Slang for "bags" - bags being another word for trousers.So there's some confusion over whether trolleys means pants or trousers. In our household it means trousers but there's no doubt other people use it to mean pants!What do you think folks?
Date: 18-Jul-2011
Categories: 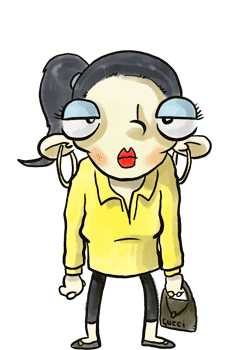