Make Sure Your Kid is Born a Cockney

The sound of the bells of St Mary-le-Bow church, Cheapside, have been heard across London since medieval times. The church was built in 1080 and has been rebuilt several times, including by Sir Christopher Wren who rebuilt the church after being completely destroyed in the Great Fire of London. The church was rebuilt a final time after being bombed in World War II.The "peal" of ten bells was installed around 1750, and increased to twelve bells in 1881.According to the Dick Whittington story, it was the sound of Bow Bells which made Whittington change his mind about leaving London.
Tradition has it that to be a true Cockney you must be born within the sound of Bow Bells. A study by "24 acoustics" has shown that 150 years ago the sound of the bells reached far across London especially to the North and East, covering areas such as Hackney, Tower Hamlets, parts of Newham, Islington and into Leyton. To the south, the bells could be heard in Southwark. The bells were not heard in the Western parts of London because wind direction is to the NorthEast.But today, due to noise pollution from traffic, trains and planes, the where area the bells can be heard has shrunk tremendously. To be born within the sound of the bells is very unusual. Today, St Mary-le-Bow church is located in the heart of London's commercial and financial district. The surrounding area has far fewer residential properties and far more businesses. The nearest maternity ward is St. Thomas's Hospital near Waterloo, where the bells can no longer be heard (indeed they cannot be heard anywhere south of the Thames).But fear not! Your baby can still be born a Cockney, because the kind people at the St. Mary-Le-Bow church have made a recording of the bells, and you can download them and play them in the delivery room, to ensure your "bin lid" is a true Cockney!:-)
Date: 1-Apr-2013
Categories: 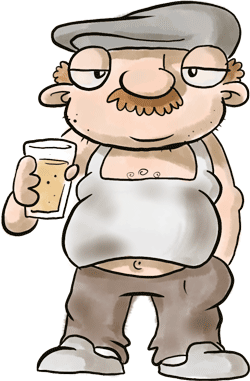