This week the Museum of London (a fine institution - go there and mooch about for an afternoon) has declared that Cockney Rhyming Slang is "brown bread". They surveyed 2000 people - 1000 in London, the rest elsewhere in the UK - on their knowledge of Cockney.

Alex Werner, who curates the collections at the museum said: "For many people, Cockney rhyming slang is intrinsic to the identity of London. Portrayals of Cockney Londoners from Dickens’s novels to East Enders characters have popularised the London Cockney. However this research suggests that the Cockney dialect itself may not be enjoying the same level of popularity. People from all corners of London identify themselves as being Cockney. Cockney slang reflects the diverse, immigrant community of London’s East End in the 19th century so perhaps its no surprise that other forms of slang are taking over as the cultural influences on the city change. Indeed not many people know that Cockney slang has changed massively from the days when it was characterised by back-to-front phrases like ‘on doog’ meaning ‘no good’. How London’s dialect will continue to change in the future is hard to say, but without a doubt it will always be a reflection of the city’s population."

It's a fascinating study and well done to them for doing it. You can read the whole article http://www.museumoflondon.org.uk/Corporate/Press-media/Press-releases/Cockney+survey.htm

It's impossible to deny that Cockney rhyming slang isn't as commonly spoken as it used to be. That's one reason why this site exists - to catalogue and preseve the lingo. There are many reasons for this, primarily the "Cockney diaspora" - east-enders moving out to the suburbs, to the outer counties such as Essex, Bedfordshire, Kent etc. Walk around the East End today and you'll see mostly financial institutions and mobile phone shops, not costermongers and open air markets (pockets do still exist of course).

But we reckon the survey hasn't taken a few things into account. It asked people if they knew what various Cockney expressions meant. For example only 53% of those surveyed knew that "brown bread" means "dead" and only 8% actually used the term in everyday speech. But I wonder what results they would have got if they'd asked how many people use the expression "Use your Loaf". Or "Stop telling Porkies". Or "We're going for a Ruby". Because these are very common expressions used throughout the country but people don't realise they are Cockney rhyming slang.

We know we're not in the heyday of Cockney rhyming slang. That was sometime in the late 19th century. The second wave was (we argue) came in the 1950s and 1960s when TV, film and radio began to shine a light into the Cockney world with programmes such as Till Death Us Do Part, On the Buses, Carry On films, Steptoe and Son. This media attention informed the world about Cockney but carictatured at the same time, which causes people to move away from a Cockney identity lest they be caricatured themselves. Sad.

Nevertheless we still have new Cockney phrases turning up and gaining popularity - Pete Tong, Britney Spears and all the rest. So it's not all over yet. And if you recognise that the epicentre of Cockney speech is no longer the East End of London then you being to realise that actually CRS is in a healthier state than this study might portray. 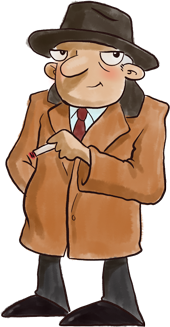