Big Ben is a dirty great TICK TOCK that lives near Westminster Bridge.

Well, turns out that Big Ben is in a bit of a TWO AND EIGHT, so for the next four years a load of CAPTAIN KIRK, totaling 29m, will be carried out on the Elizabeth Tower to renovate the building and the bell itself.

Yes, our famed London bell, Big Ben, has rung out the hour for the last time for a while. Some MP's have been going MUM AND DAD about it all.

There was a gathering of about 200 people outside Westminster on Monday to have a BUTCHER'S HOOK as the last few knells tolled. Some pondered whether the work would indeed be completed on HARRY LIME.

No more bonging? What a crying shame.

But there's no need to get your knickers in a twist, we'll still be able to hear the 13-tonne bell sound out for on New Year's Eve and Remembrance Sunday and the like.

Personally I suggest you get a nice new KETTLE AND HOB and be done with it. 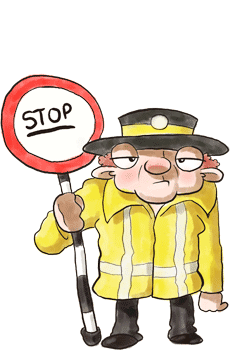